The holidays are upon us, and families are gathering to celebrate joy, happiness, and football games. It’s a time for people to be snuggled up in their living rooms, watching Hallmark movies by a fireplace, or drinking a hot cup of cocoa while turning the TV to “The Dick Clark New Year’s Rockin’ Eve.”

But with all those shows or movies come marketing campaigns filled to the brim with commercials, billboards and … giant dinosaur-sized boxes? Since ’tis the season for advertising, we thought we’d share with you some of our favorite ad moments from 2018 and days gone by. So here are our staff picks for the top 12 ad campaigns!

The story of Old Bay’s creative billboard ad starts with PETA. The animal rights group bought a billboard in Baltimore to bring attention to the crab fishing market. The billboard read, “I’m ME, Not MEAT. See the Individual. Go Vegan.”

Unfortunately for PETA, the Maryland Blue Crab fishery is a major economic market for Baltimore and the surrounding area. Old Bay is a company that positions itself as the perfect spice for crab. But it was a surprise to vegans across the city when they saw the counter ad that Old Bay put up in the exact same spot. The sign currently reads, “Okay, Now I’m Meat. See the Individual. Put Old Bay On It.” 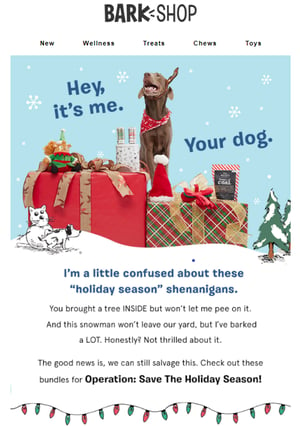 Everyone loves dogs (don’t even with us) and BarkBox is a great subscription service which delivers your dog themed goodies every month. It is packed with toys, treats, and other fun things that you can open with your pup.

One of the ways BarkBox communicates with its customers is through emails that are sent in the voice of a dog.

Seriously, the dog writes the emails!

Well, maybe not literally, but you get the point. It’s so dang cute! And a great way to keep customers reading their promotional emails.

The Last Movie Podcast is a series where the listener is tasked with solving a mystery while listening to the episode. The stories are narrated and the audience needs to pay attention for clues. The catch? The mystery they’re solving (and the clues to do so) are placed in the ad promos. So in order to get the clues, internet sleuths have to listen to the ads instead of just skipping ahead or tuning out like most of us do when listening to podcasts. If you are interested in hearing these clue-filled-ads, check out The Last Movie Podcast by clicking here.

There is not much we can say about this James Allen Jewelry ad. You just have to see it for yourself. It’s hilarious and so true!

ASMR videos have become an internet phenomenon. The soothing sounds and relaxing music have made these videos stress relievers to millions of people. No one could have predicted that a Polish furniture company would make them, but it’s 2018 and here we are. IKEA decided to make a series of ASMR videos collectively called “Oddly Ikea.” The most popular video lasts for about 25 minutes. In it, a soft woman’s voice narrates how easily IKEA sheets can fit over mattresses, among other things. This is odd, yet surprisingly effective as a modern marketing campaign. Why do I have the sudden feeling of needing a new couch? 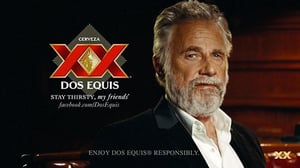 The Dos Equis “Most Interesting Man” is a living meme legend. His tagline “Stay thirsty my friends” has stayed in the minds and hearts of internet culture for the last 10 years. There is no doubt that Dos Equis created a gold mind when it came up with this ad campaign back in 2006. It helped elevate Dos Equis as a barely recognizable brand of beer, to one of Heineken’s most sold brands of the 21st century so far. In fact, the ad campaign was so successful that Dos Equis decided to modernize the ads, which have appeared since 2016, with a new “Most Interesting Man” actor to appeal more to millenials, the youngest of which are in their early 20s.

Make-A-Wish and Disney are juggernauts in their respective spaces. Their 2018 “Share Your Ears” campaign was no different as it provided fun and awareness to childhood illnesses. Both companies encouraged people on social media to wear Mickey Mouse ears and share a pic of them on Facebook, Instagram, and any other social media platform. The result was an increase in donations to Make-A-Wish and Disney charity efforts. To support Make-A-Wish, click here!

8. NatureBox “You know you’re going to snack. Get smart about it.” 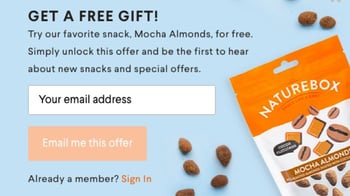 What’s better than free food? Nothing, that’s what. That’s why NatureBox, the healthy snack food company, decided to give away free samples of its snacks to people who interacted with the brand on Facebook. All the person had to do was fill out the form and they would be sent free snacks. This helped drive conversions and boost subscriptions.

I don’t know about you, but a snack a day will get me to pay any day… Is that a little overboard on the rhyming? Yeah…sorry about that.

If you were tasked to defeat Thanos and save the universe, which super heroes would you assemble if you were on a budget of 15$? That is the question geeky subscription box company Loot Crate posed in its “Defeat Thanos” social media campaign. The cool part about this campaign is that it tied in with the company’s “Avengers: Infinity War” themed box that released around the same time as the movie. This made Loot Crate able to cash in on the hype around the Marvel spectacular, which saw many of our favorite super heroes literally vanish with a snap. 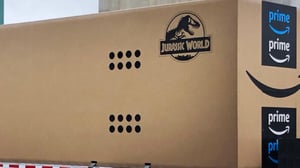 Earlier this year, the much anticipated “Jurassic World: Fallen Kingdom” hit theaters and there was a lot of buzz around the next chapter of the Jurassic World/Jurassic Park franchise up to release. To cash in on that buzz, Amazon decided to promote the movie in the only way Amazon knows how; big. The online retailer decided to transport a literal dinosaur sized box and onlookers could walk up and hear the sounds of a dino inside, scratching and scraping. The package was shipped to The Grove in Los Angeles, where it was eventually revealed what was inside; A life-sized T-Rex. 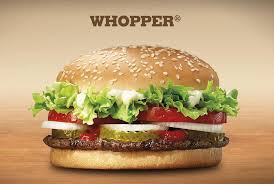 Burger King is almost as famous for trolling McDonald’s as it is for its food. Last year, it was the “come in as a clown and receive free food” campaign. This year, the company took it one step further. For a limited time (and yes, this promotion is still going on at the time of this writing), you can go to a McDonald’s to receive a code for a one-cent Whopper through the Burger King app. This is an out-of-the-box idea because it requires participants to physically leave a McDonald’s store in order to get a basically free burger. Plus, given the fact that there is usually a Burger King within a mile of a McDonald’s, especially in city suburbs, it will be interesting to see just how much sales decline for McDonald’s and rise for Burger King.

Bill Gates is rumored to not enjoy these trolling ads, but that didn’t stop Apple from making the “Get A Mac” campaign to show consumers the value that the Mac could bring them. In a series of videos, one stereotypical office worker dressed in a suit with reading glasses acts as the PC, while a hipster-looking guy in jeans and a button-down shirt acts as the Mac.  The two are usually seen lightheartedly arguing about what each of them can do for people, with the PC being about work, numbers, and pie charts, and Macs being about fun, music, and creativity. Here is just one example.

What are your favorite ad campaigns from 2018? Tell us below in the comments!